Linda White: I have a story for you, but it will surprass anything you ve ever heard before. it is about my 3 months relationship in Bucharest with an iranian extremist misogynist who hates women with all his being, he is famous and he sold about 2 millions books worldwide. this man: http://www.rooshv.com/american-girls-dont-use-condoms-anymore

Radu Grecu: do you think you could write that down in a word file and send it to me?

Linda White: its a long story which makes me angry , so I can answer your questions I never wrote it all down because it would take days… and it is very painful. the guy is famous. he wrote many books advising guys to rape women

Radu Grecu: are you still in bucharest?

this is the man…

Linda White: In a March 2012 report on “The Year in Hate and Extremism”, the Southern Poverty Law Center included Roosh in a list of “manosphere” sites which it described as hateful and misogynistic. SPLC later clarified wished to draw attention to “specific examples of misogyny and the threat, overt or implicit, of violence”

In 2014, Caitlin Dewey from the Washington Post included Roosh as the first candidate for “most-hated man on the Internet”, writing: “Valizadeh owns the website ReturnofKings.com, which bans ‘women and homosexuals’ from commenting. Recent articles include the charming ’5 Reasons to Date a Girl With an Eating Disorder,’ ‘Don’t Work for a Female Boss’ and ‘Biology Says People on Welfare Should Die.’”

Linda White: and I have long story about him

Radu Grecu: he is the one who raped you?

Radu Grecu: but why? you said you were in a relationship with him

Linda White: why ? he explains here. he never takes NO for an answer:

“The key to a good rape scene is seeing the girl change from hating it to loving it. She has to want to be raped again.”

“I did not get aroused during that scene, like I normally do when watching rape.”

I got her down to her bra and panties but she kept saying “no, no.” I was so turned on by her beauty and petite figure that I told myself she’s not walking out my door without getting fucked. At that moment I accepted getting locked up in a Polish prison in order to make it happen.

My dick was half the size of her neck. I put her on her stomach and went deep, pounding her pussy like a pedophile.”

Linda White: by the way I remember Dragos Bucurenci from MaiMultVerde he is really amazing guy I was impressed when he talked and the way he makes good things happen I guess you know Dragos also… really great person

Radu Grecu: yes, i know him cause i’m at maimultverde as well

Radu Grecu: but why would you stay with such a guy?

Linda White: he lies about everything. he presents himself completely different. then I started to realize he was lying about everything, that he had different personalities. I didnt know who he is for a long time. people are very afraid of him

i’ll translate it for you: in real world, women are falling in love with the ones that are beating them. i tend to believe it was similar in your case. Look, i am very interested in publishing your story on my blog. the other girls should be careful not for the same guy but in general and it should come from you. If you want, i can use publish it under a different name.

Linda White: I am not in love with him. I am disgusted by him, it was a very intense experience… read and see more about him and you will understand me

“The last time I got an HIV test was in 2002, a year after I discovered game and began dabbling in sex without condoms. One early incident scared me: I played just-the-tip with a girl who was on her period.

I hate using condoms. It felt like eating steak with a bag on my tongue. I constructed an unscientific method to tell if a girl was “clean” or not, but I still contracted molluscum and nonspecific urethritis. I didn’t know who gave me either since both times I was fucking multiple girls without condoms.

I’d regress back to fucking every girl without a condom. I knew it was self-destructive, but I couldn’t stop.

Something happens to my brain when you put a naked woman in front of me. I lose all logic and reason.

I was less scared of HIV the disease than the changes I would have to make because of it. I didn’t want to change anything. I wanted to keep fucking as many girls as I wanted without worrying about having something that could kill myself or my partners. I didn’t want the party to end.

In the nine years I didn’t get tested for HIV, I’ve had over a dozen sexual encounters that deeply concerned me. It was usually the rough sex episodes that left my dick feeling like raw meat. During my second trip to South America, I had a couple of strange flu-like illnesses. I wondered if one of those could be acute HIV syndrome, but I was too scared to get tested. I continued fucking raw. ” Daryush Valizadeh 2012

Linda White Yes you can use “Linda White. ” or something like that.

I can answer every question you have. my time is limited. I don’t know what blog you have, how many readers you have, etc. writing 2 pages takes about 2 hours of my time.

Linda White: I do not know what your readers are interested in. You can ask me questions – maybe you r readers want to know where in bucharest we met, or what he told me on first dates, or how he is escaladating – by constantly making jokes, being firm, agressive – leading, and also pushing a LOT of alcoholic drinks…

Linda White: maybe your readers want to know general,.. or things in detail…

you can use actual quotes from Daryush writings actually, they are here , in google, in his blog and also in his books

and about my experience – it is hurtful and painful for me. I can talk for days about it./ I am not a writer nor a journalist as you are…

so you know exactly what your readers want to know,

I mean you know, I have nothing to sell, you asked for my help…

Radu Grecu: its not about selling smth here but you got me all curious. your story its not about bucharest but it happen here. you said you two were in a relationship right?

Linda White: yes it hapenned in Bucharest. yes, he picked me up in club The Vault, in the old town center. I was hiving a good party with girls friends and he was saying exactly things that girls want to hear usually. he was generally having humour and making me laugh, and was drinking with me,

Radu Grecu: it happened in the first night?

Linda White: no, I only gave him my phone number, he was insistent with messages in the next days

he insisted we drink together and that I show him the city. I didnt know at that moment that he was international Pickup artist, on television and wrote 20 books about how to have sex with any girl.

he told me he is writer, writing travel guides and gave me a fake name “Burt”. so even If I google him, I can’t find out anything. he was dressing sharply – suits, and was full of jokes…

Radu Grecu: so in the next days you went out with him?

Linda White: yes I did

Radu Grecu: and you showed him the town? being an american you definitely had all the infos about this town

Linda White: I lived in Bucharest for quite a longtime. for him the most important is the number – how many girls he “bangs”. then he writes story about each “bang” http://www.amazon.com/30-Bangs-Shaping-Patient-Mouse-ebook/dp/B007J5C0O8

Radu Grecu: so you didn’t stood a chance in front of him

Linda White: he games girls for a living

Radu Grecu: he played you by the book

Radu Grecu: and after the first dates you started to be a couple?

Linda White: “There are women whose “instinct” told them that having raw dog sex with me was safe! Me! A guy who basically fucks women for a living! I ended up having a mild panic attack, but eventually that went away and I continued to have the “occasional” slip.

Girls are supposedly the more intuitive of our species, but if so many feel right about fucking me without a condom, then I must conclude that they don’t know shit. They’re all dirty little whores who truly disgust me with their sex habits.”

Linda White: he practically has sex without protection with hundreds of girls but he calls the girls “dirty little whores” and not himself…

Radu Grecu: and you had sex without any protection right?

Linda White: well yes but we met 2-3 times per week, and always he wanted to meet at his apartment

a 1 room studio near Piata Romana. he was interested obviously mainly in sex and that was all – that is the main focus of his whole life

Radu Grecu: linda, did you use protection?

Linda White: Me yes. But he was really obsessed with not using. He insisted so much. Anyway this kind of stories always end bad. Similar guy like roosh died few years ago because of aids after infecting between 40 and 100 girls . He’s in wikipedia too Simon Mol

Radu Grecu: well for example i don’t like to use it either. this is not necessarily the bad thing right? the pleasure is bigger but you can have the bad luck to have someone like roosh and get something. So did you checked yourself?

Linda White: This is private personal question I am not willing to discuss now. Let me know when your article is ready, I gave you the subject you searched for. If your readers will want to know more, we make episode 2 also 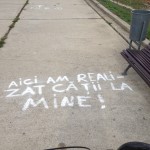 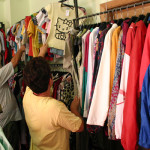 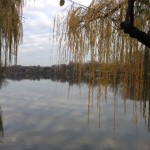 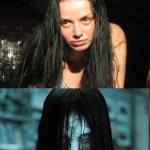 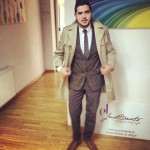